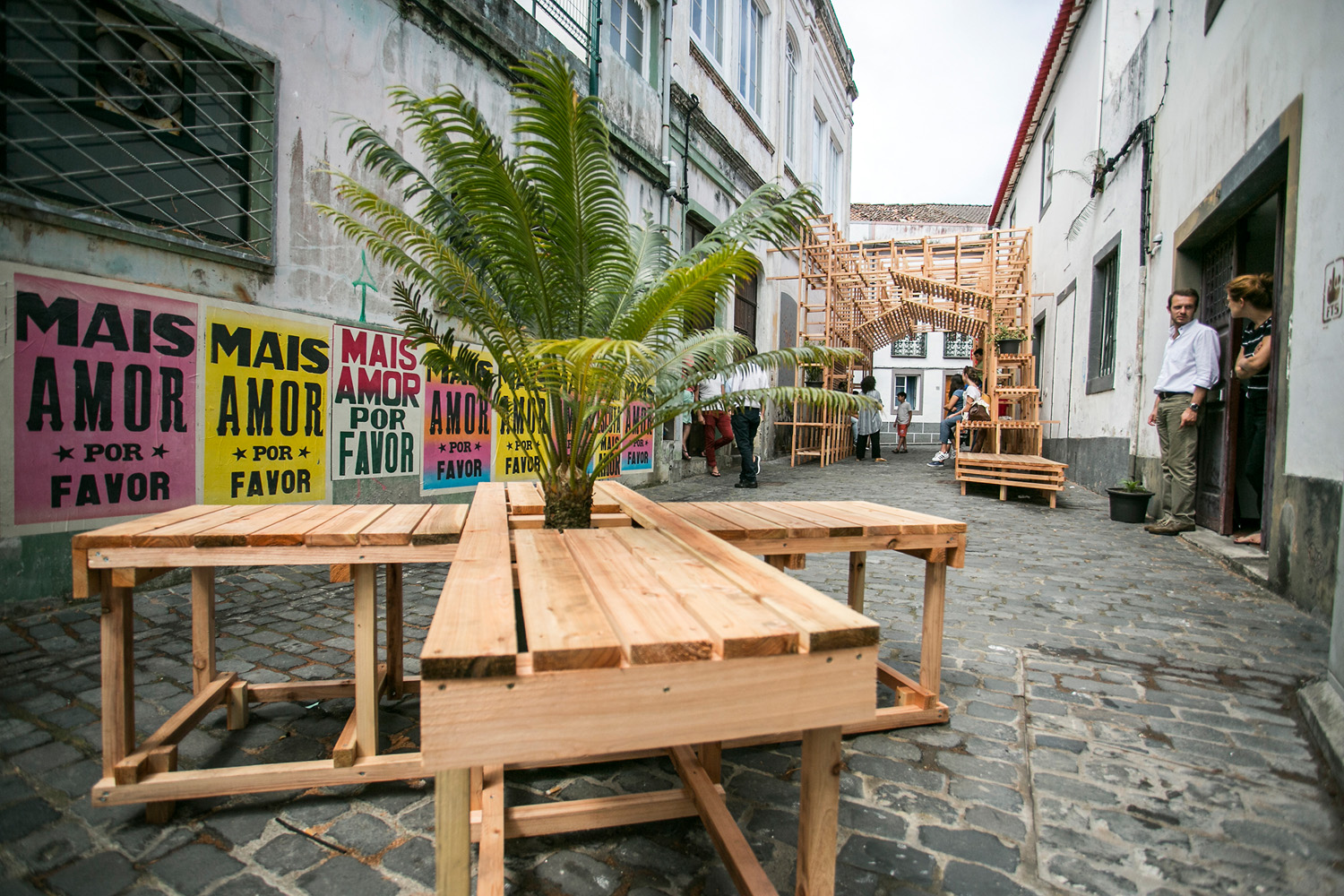 “Casa do Quarteirão” is a project developed within Walk&Talk 2016 and it was born out of the  community that lives and works in the neighborhood (Quarteirão), reclaiming a physical space for convivial and collaborative use.

Walk&Talk is an annual arts festival based on site specific cultural creation in Azores Islands (PT). Since 2011, it contributed to transform the islands into a laboratory for contemporary and transdisciplinary artistic creation, producing experimental projects, in a permanent dialogue with the territory, the culture and the local community, promoting a favorable environment for sharing and co-creation.

We were invited to realize an installation in the core of the neighborhood and to collaborate with NO-ROCKET (Francesco Zorzi an italian visual designer and illustrator based in Amsterdam) that had his intervention on visualizing “O Quarteirão” identity.

“O Quarteirão” is a neighborhood close to Ponta Delgada historical city center, out of the tourist and commercial district, in which public space is completely invaded by parking lots and cars.

After a first visit in Ponta Delgada, during a public talk at MIOLO Art Gallery, we chose together with the inhabitants to work in the small Travessa da Rua d’Acoa, to materialize a common square, a place for the community.

The project feature is metaphorically a Viveiro, a collective greenhouse to make “O Quarteirão” flourish and develop spontaneously. At the same time the idea was to re-create the intimacy of a traditional Azorian house. Thus we worked on two elements, creating new inviting entrances to the space: a pavilion to provide a place for people to gather and organize events (Rua Pedro Homem) and a small structure with a tiny terrace (Rua d’ Acoa), to give a cozy and unusual view of the area. Between these structures a new square took shape.

“Casa do Quarteirão” program was decided by its own users and was conceived as an open project: the simple building system made out of modular frames, could be adapted and personalized according to several configurations and needs and the various activities that the community wanted to develop.

The structures were built in five days, together with a group of inhabitants, using wood from Cryptomeria japonica, an endemic conifer species that grows in the island.

Vitor, Mario and all the people from Quarteirão