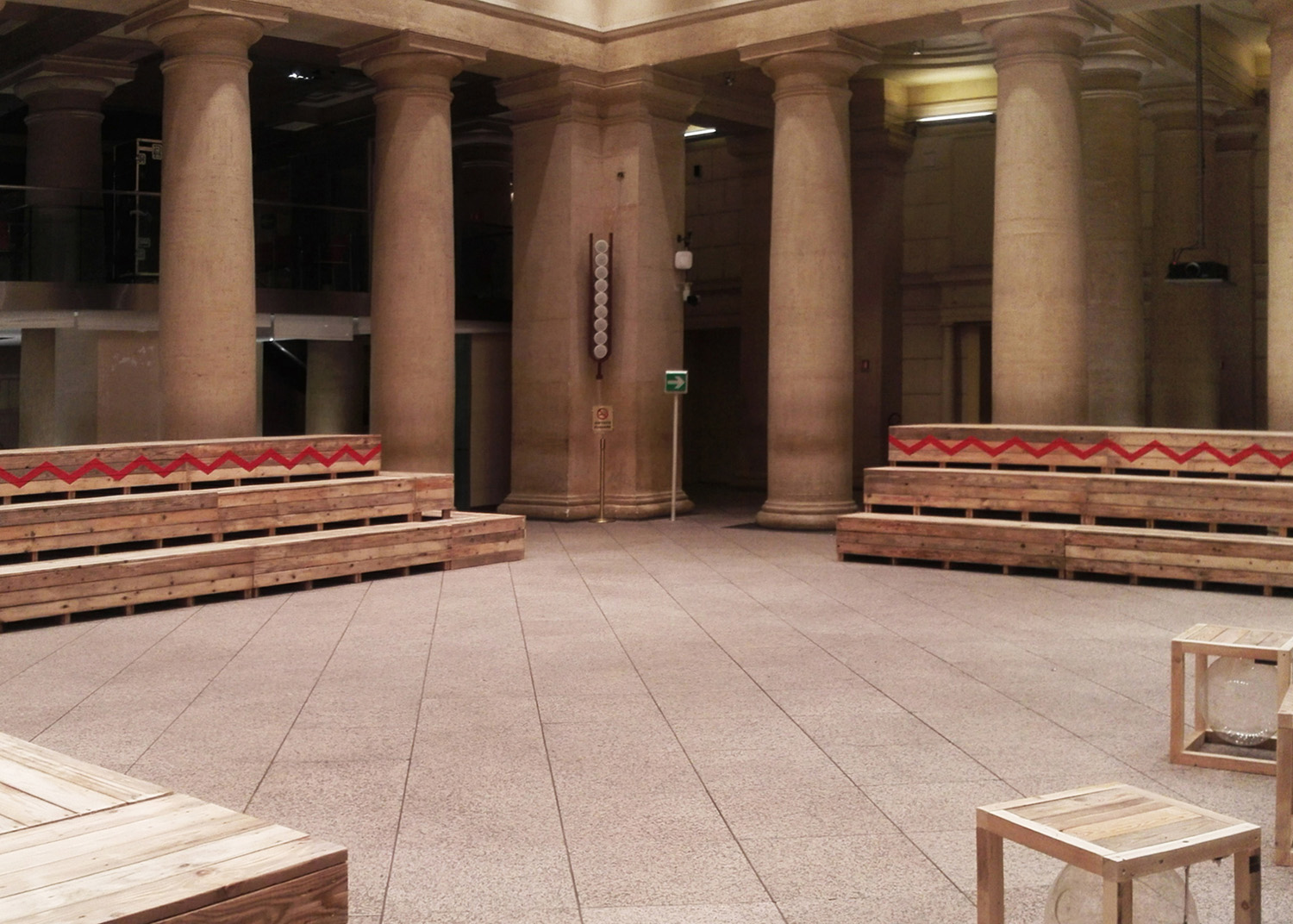 The Adrian Temple is a venue for public event. We designed and built the set-up for “La scommessa sei tu”, a series of roundtable about self-made entrepreneurs organized by ANG – Agenzia Nazionale Giovani.

Crepidoma carries on our research about the threshold between open and covered public space. The classical structure of the Temple of Hadrian, featured by its cell, was trasformed into a courtyard enclosed by three temples. The bleachers juxtaposed to the columns on three sides refer to crepidoma, typical pedestal of religious buildings in antiquity. This space was dedicated to everyday informal Roman life and it was the insuperable limit for the belivers during the rite.

A one-way space is transformed into a space for debate, as per specific request by the client.

The entire project was built using recycled material from other projects and, at the end of the event, it was transferred to a cultural centre in Roma.