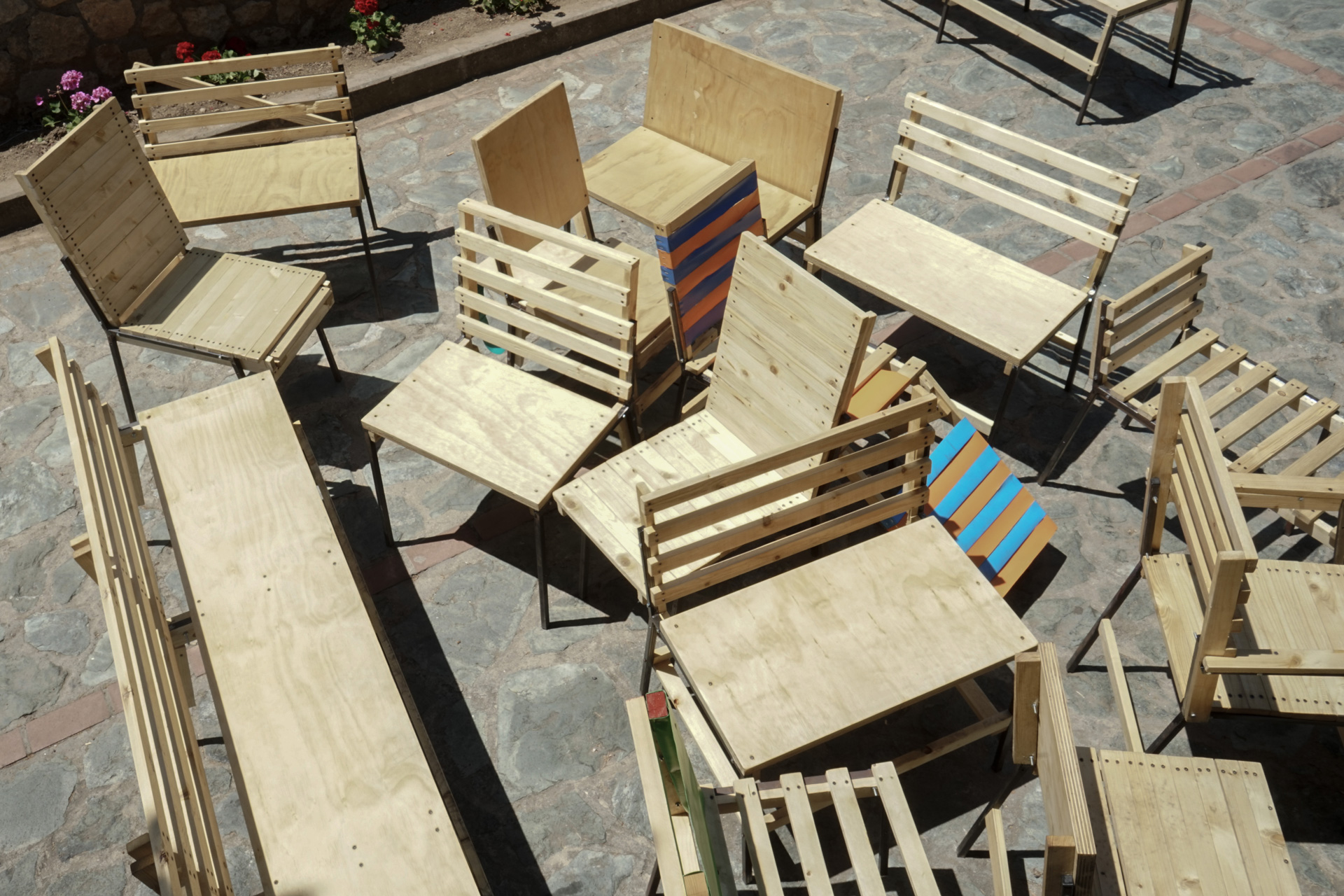 The title “Crossings Belmonte” clearly introduces the aim of the Seppie’s work which the cultural association begun in 2016 in Belmonte Calabro, a small, partially abandoned southern Italy village in the province of Cosenza. The association is currently working in collaboration with “The Sir Jonh Cass Scholl of Art, Architecture and Design” at London Metropolitan University.

The research led by “Le Seppie”, the professors Sandra Denicke-Polcher and Jane McAllister, and their students, is on the border issue: the border as a temporary transit site for refugees in various refugee camps and the border with the locals, constantly defending their own city memory against the big cities charm. The creators of the project firmly believe that the issues of these places can be in daily life a precious potential for building a new local community founded on dialogue between refugees, citizens and local government, to test the shared management of places by investigating historical, cultural and human limitations.

“Crossings Belmonte” is a permanent research lab in Calabria, the academy and the professional world come together in winter and summer working sessions, experimenting public space with new forms of architectural and artistic construction.

Orizzontale was tutor, together with Gian Piero Frassinelli (Superstudio),  Barbara Cammarata, Jane McAllister, Sandra Denicke-Polcher, of the construction workshop 2017 edition at Belmonte Calabro. The workshop’s work was led by Rita Elvira Adamo (curator of Crossings Belmonte project), who has helped us to follow the aims developed by the students through their projects proposed during the previous academic year.

We decided to work strongly on the construction lab value. The end result of the workshop is 20 chairs and 2 canopies freely interpreted by the participants. What allowed us to achieve this result, within the timescale and feasibility margins, was the pre-production of structural metal elements.

The constructed objects are just a material part of a much larger immaterial project; we believe that the narrative that the project brings with it is very strong. The associations of ideas that people can cultivate intimately once the structures have lost their main function will be more important than the structures themselves.

The project seeks to reinterpret cultural folklore and the tradition in the contemporary city.

The itinerant structures designed and built during the workshop refer to the religious processions and Town Festivals.

The parade was an important moment to evoke these memories, needed to stimulate new experiences for everyone. “Crossings Belmonte” will continue in the coming years.