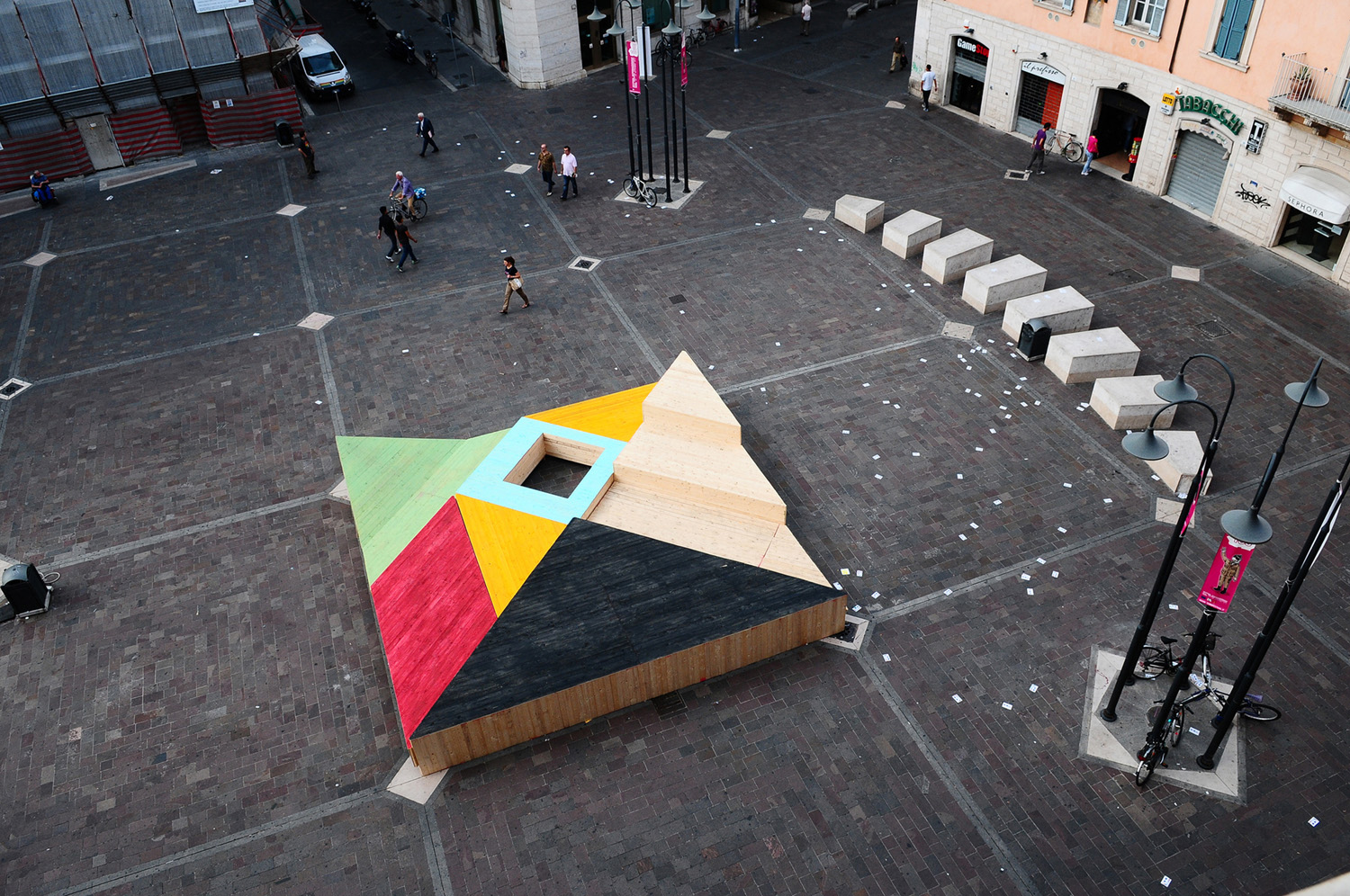 GATR invited us to take part in the 2012 edition of the architectural festival Festarch.lab with a project which imagines and builds upon an architectural installation for the main square of Terni, a town in the center of Italy. The requirement was a multifunctional structure that could be used as a stage with some bleachers for hostingcovered events of the festival (for example the 72h urban action award ceremony) as well as daily urban equipment.

Gondwana is a special stage. A mobile archipelago of wooden platforms, which comes in different shapes, dimensions and colors, it invades the square with endless configurations. The formal inspiration comes from the Tangram, a Chinese dissection puzzle this time with an added urban play dimension. All the possible configurations, for example as a stage with some bleachers, can be reassembled in one of the square of the paving. Gondwana, starting from this closed figure, breaks into the urban space generating a different and new place every time, according to the imagination and the will of the inhabitants.

At the end of the festival Gondwana was moved out of the city center and now all the platforms are equipment in a public garden in Terni.