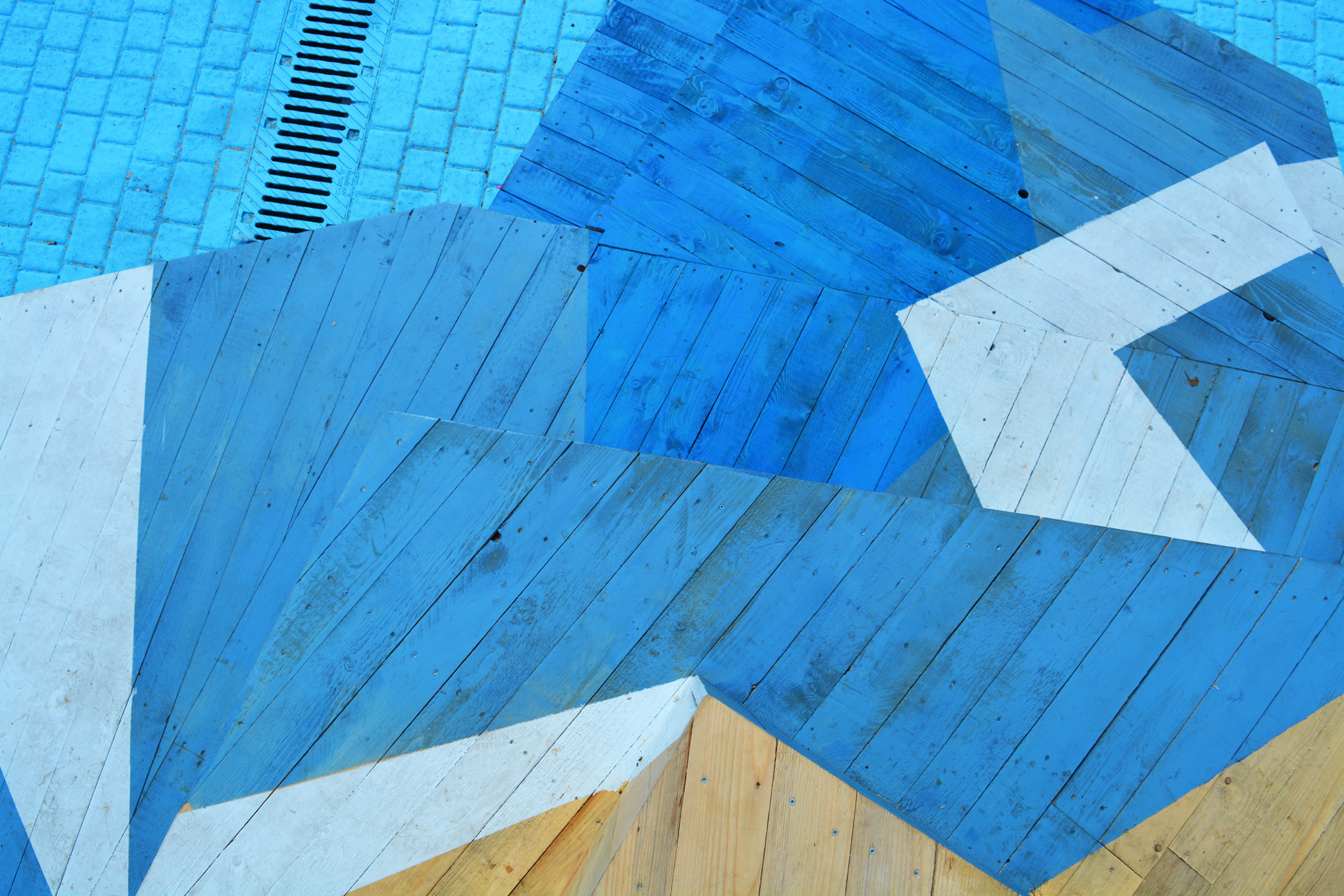 “Iceberg – Perestrello 3.0” is the first phase of a urban reactivation process developed together with NOEO and Itinerant Office within the fourth edition of “New Generations – Architects vs. the Rest of the World” festival.

After “Luogo Comune – Perestrello 1.0 – Work-watching” and “Luogo Comune – Perestrello 2.0” we’ve returned to Largo Bartolomeo Perestrello in Marranella area, inside “Municipio V” in Rome. This suspended place is currently a large empty area due to never-completed urban transformations, yet it has a great potential and it is suitable for the most varied spontaneous uses; communities, citizens and local associations daily enrich it with stratified traces and meanings. The square is devoid of toponomastic and takes its name from the adjacent plaza. The theme of identity, therefore, is proposed right away as a challenge and project goal.

The Iceberg metaphor is a reflection about the neighborhood’s invisible resources, submerged realities, and development potential, starting from the recognition of what is present and trying to bring out local energies.

From July to the first half of September, a series of preliminary meetings with local administration and associations were held to define and share the goals and premises of the work. From September 18 to September 22, 2017, the square became an urban laboratory: associations, citizenship, students and professionals from architecture, design, art and psychology fields met to debate about its future. The two workshops, construction and urban exploration, were aimed at achieving minimum public infrastructure and conducting an investigation into the local culture of the Marranella district.

The objects built during “Iceberg – Perestrello 3.0” workshop have the goal of forming an urban space designed system and being the first infrastructure to foster communities gathering and aggregation in the area. The Iceberg has intervened within the fluxes and the ways of enjoying the square.

We built together with twenty students two main temporary architectural elements, one table and one bleacher. Both objects consist of solid wood of silver fir with variable sections. The two elements are visually linked to each other thanks to a floor graphic developed inside the construction workshop and made by a public space ground signage company.

The bleacher, which represents the tip of the iceberg, occupies an area of ​​about 25sqm and consists of three concentric levels of 50 cm high per floor. The three floors are connected to each other by steps of 25 cm high.

The table, served by two large seats, is the second element of the intervention. Made with the same building technique as the bleacher, it has a 6sqm footprint and a height of 80 cm.

The intervention is designed to be completely reversible and does not substantially alter the context in which it’s inserted.

Both objects can be enjoyed daily by users and also for organized activities, as meeting venues for discussions, small events and moments of collective socialization. On September 23, 2017, the architectural devices worked as a set-up for “New Generations Festival” opening event Petcha Kutcha Night.

Iceberg project represents a small graft within the vast area of ​​Largo Bartolomeo Perestrello, and it’s part of a wider process. A working table with local associations that joined the initiative has been set up, in order for the intervention to continue and to become a flywheel for local community development. The associations represent a resource and a valuable interlocutor for monitoring and managing the infrastructures through activities that test the square program while keeping it active.

The initiative is part of Estate Romana program promoted by Roma Capitale Assessorato alla Crescita culturale, in partnership with Municipio V of Rome.