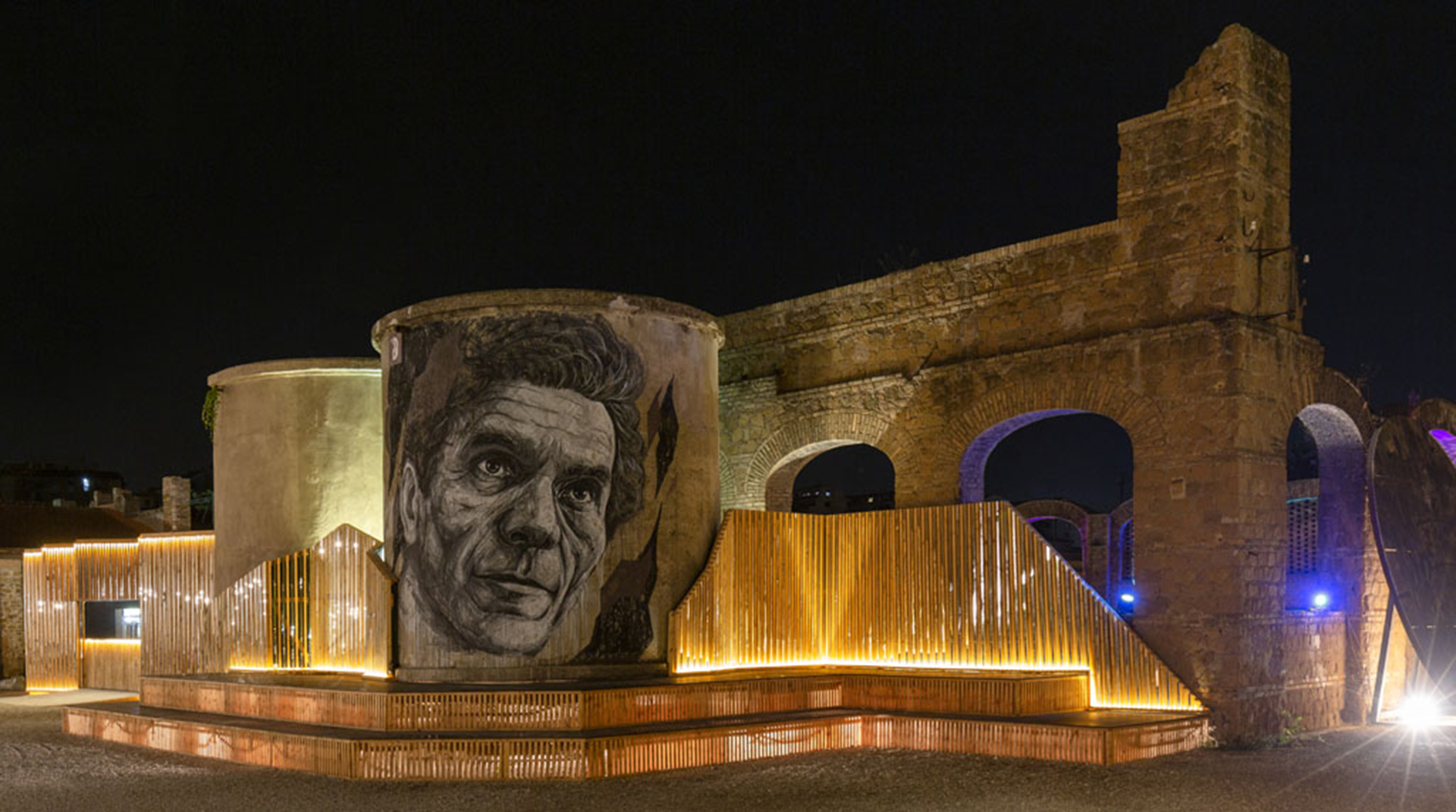 For the second year in a row orizzontale had the opportunity to design the layout of the cultural events space India Estate, organised by OPS!.

This year’s edition is located in the external courtyard of the Teatro India and consists of three main elements: the bar, a food stand and a two level terrace embracing the existing silos.

Both the contextual relations and the construction techniques pick up and evolve the concept of the previous year. The time frame for this project proposed the use of prefabricated modules, dressed and concealed by scenographic elements in symbiosis with the context.

The elements follow continuous but irregular bends, developing along the existing structures.

The bar is positioned in front of the main façade of the Teatro, thanks to the reflective coating, it both received and returns the lights.

The food stand created with the same techniques as the bar, reflects the silos, the walls of the former warehouse and the seating area, dissolving into the context.

The terrace is a two-level linear structure that wraps around the silos, it functions as both a second stage as much as a relational space for the guests of the events.

The mirrored surfaces alternating with wooden profiles reflect and deconstruct the context, at the same time the integration of diffuse lighting evenly radiating the space and further the deconstruction of the theatre’s façade allowed to dematerialise the construction completely.

The ultimate goal was to create a unique atmosphere for the observer, capable of spreading and mixing the space of the Teatro in a unifying way, without perceiving neither a beginning nor an end of single elements, while respecting the immediate adjoining environment.