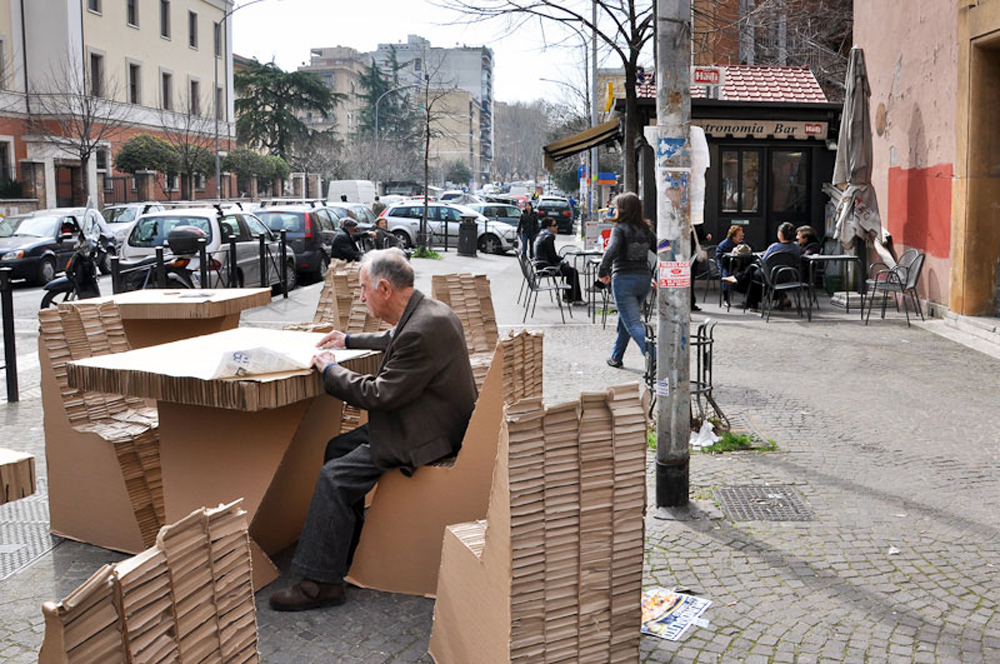 A day for rediscovering public space

A day for rediscovering public space

Pigneto, a historical neighborhood in the outskirts of Rome, is one of the most dynamic parts of the city today. The substantial renovation of the district along with the arrival of new inhabitants – students, young workers and foreign immigrants has revitalized it. However, part of the quarter remains largely abandoned and still lacks essential services.

It is here that Orizzontale have decided to organize an event to share our vision for the use of public space with local people. We hope to involve citizens through a short show and encourage them to think about the city’s public spaces. Our goal was to start a dialogue with the inhabitants, exchanging experiences and ideas in order to find the best solutions together.

The cardboard, recovered from a previous exhibition, will be the main material used in the show. Reusing this amazing material will allow us to avoid both economic and environmental costs.

Since nine month ago, the space that had been unlawfully occupied by motorcycles, has regained its original function; this may be due to an increased public awareness of the use of such public spaces. At the same time the formation of an important network of people with common interests and the consolidation of the Orizzontale group demonstrates the unmistakable value of this kind of work. Finally, for the first time, this experience has made us confront the reality of the situation in our city instead of dealing only with theoretical matters.