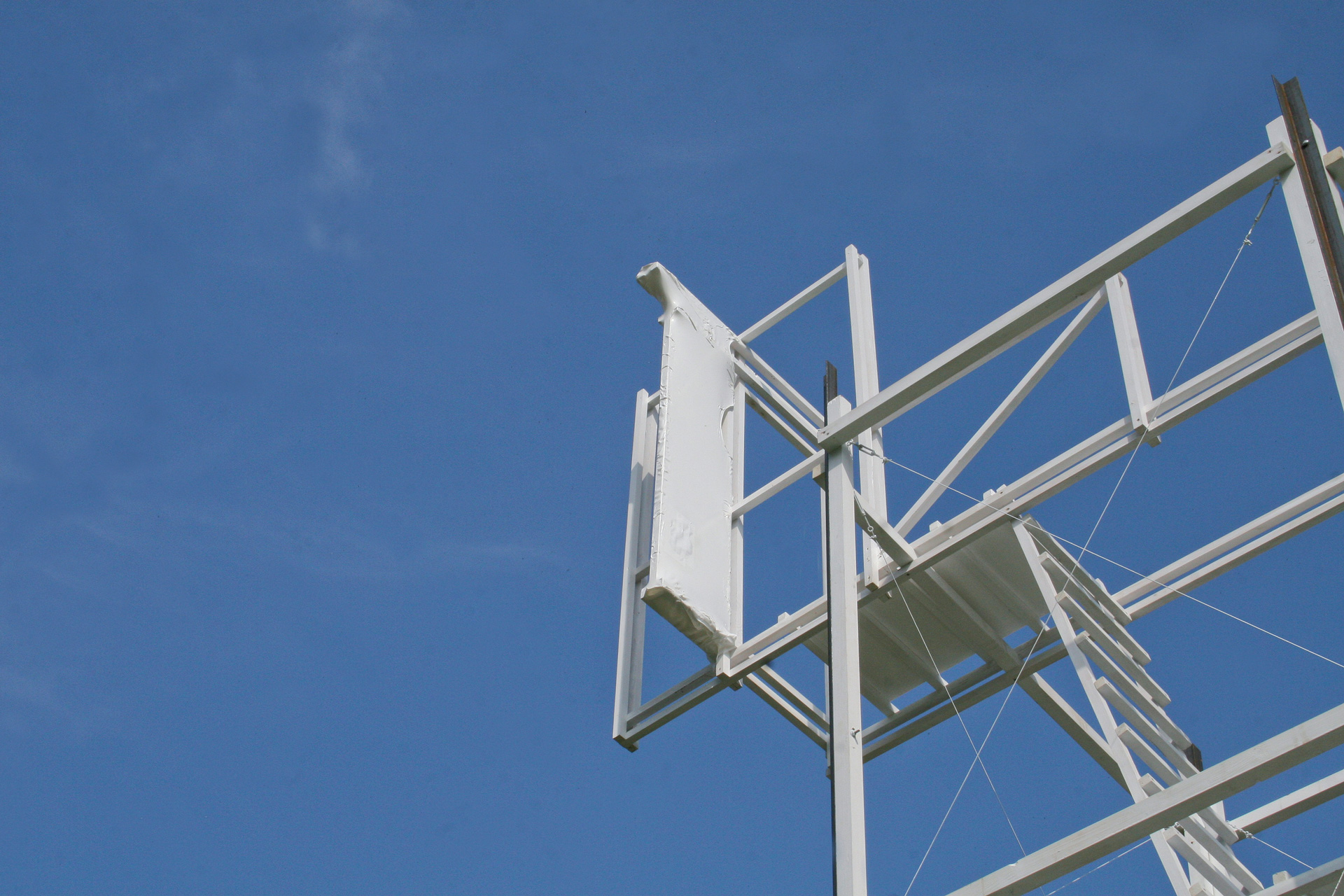 “Monowe (the terminal outpost) is a new chapter of the project Monowe, an imaginary city of the future designed for one person only, that is placed above the existing cities and it manifests itself with different elements (such as infrastructures, architecture portions, textual documents, etc). Poised between a ruin and an open construction site Monowe aims at complicate / replicate the current urban individualistic way of life, radicalizing it till the dimension of one single man. […] In Graz I present Monowe (the terminal outpost), a fragment of this city, connecting its elevated dimension with the current cityscape. A deserted outpost lies on the outdoor area of Kunstlerhaus Museum: taking the shape of an upside down guard tower, Monowe (the terminal outpost) is probably used by its only inhabitant, that comes from above, to control the boundaries of the imaginary city of Monowe. The terminal outpost is the last mean of protection that shows the ridiculousness of the attempt of controlling a city that is not visible at all, a territory that is lacking in itself.“