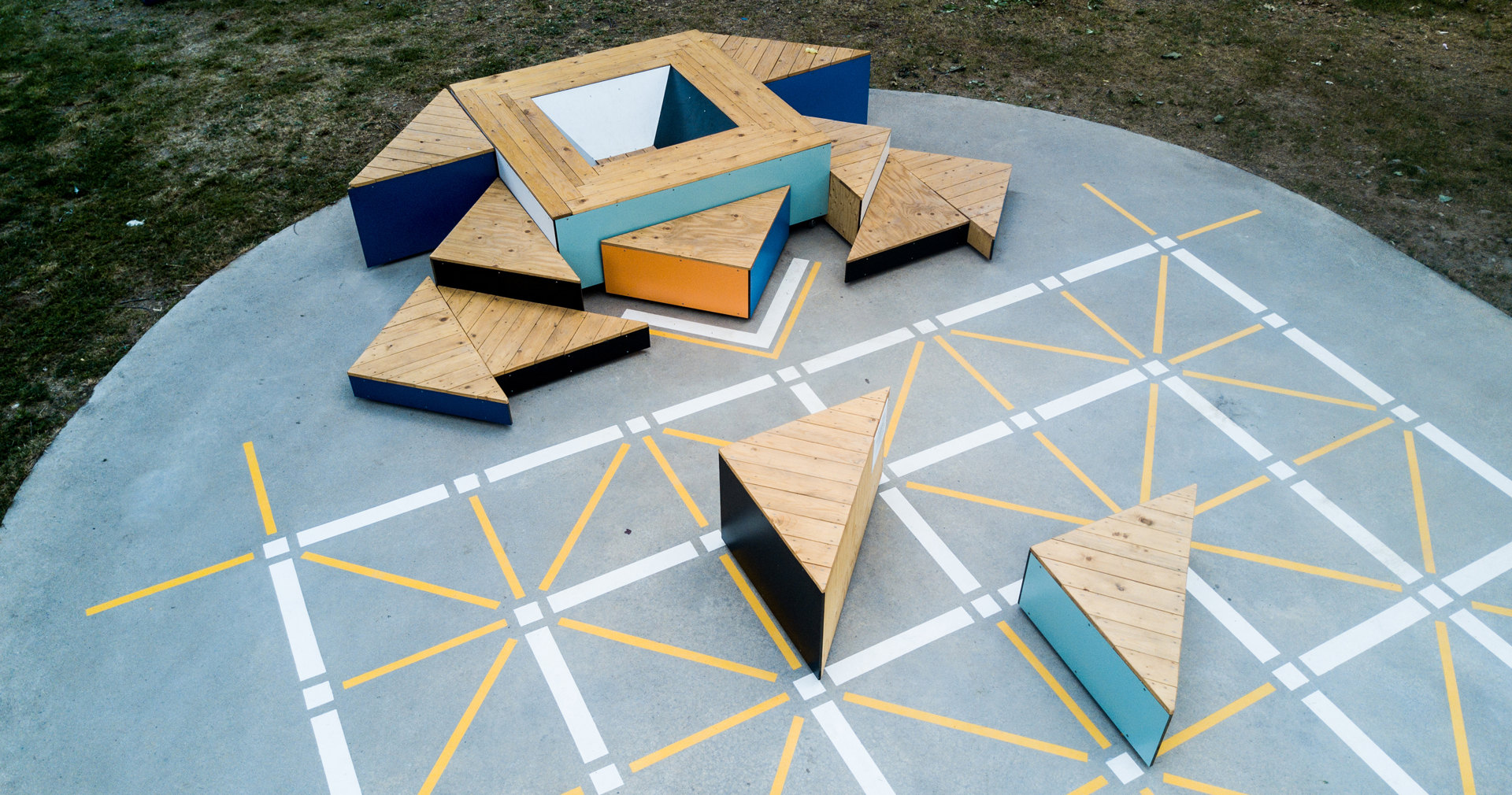 Let’s go back to ZOOART A.R.C.A. , 2017/2018 edition, curated by Art.ur Association, supported by the City of Cuneo and Alba, in synergy with Turin Polytechnic.

From March to June 2018 we support together with the association Art.ur the professional course “Workshop A.R.C.A Arte Ricerca Comunità Abitare”, coordinated by Professor Daniele Regis and the tutor Roberto Olivero, attended by fifty undergraduates enrolled in the Faculty of Architecture of the Polytechnic University of Turin. The objectives of the course are to rethink the park in Via Ghedini 1 (Cuneo Nuova), with a new proposal for a playground to be realized during spring in the self-construction site and to design a playful design object produced by Gufram for Cuneo Nuova’s bowls club.

The participants also committed themselves to re-set and re-activate A.R.C.A. in Tetti Blu district of Alba. From the synthesis of the work done in the four months of planning and comparison with the inhabitants, the District Committee and the administration, the new playground for Cuneo Nuova was created. On June 9th the playground was inaugurated and the the participants were presented their projects developed during the workshop.

Mulino is an intergenerational urban game, inspired by abstract board games, which are widespread all over the world.

The principles on which this new urban game develops are to make multiple individual interpretations possible, inviting exploration and the creative transformation of space, to freely reclaim it by inventing always different spatial combinations and adding new rules to the game.

A playground, where everyone finds their favorite position or activity.

The “board” consists of a simple basic graphic with white and yellow lines, which becomes the geometric matrix of the new square.

The modules realized are mobile platforms on wheels that go to make up the game box, consisting of 21 triangular base pieces and two special square-based pieces.

With the support of