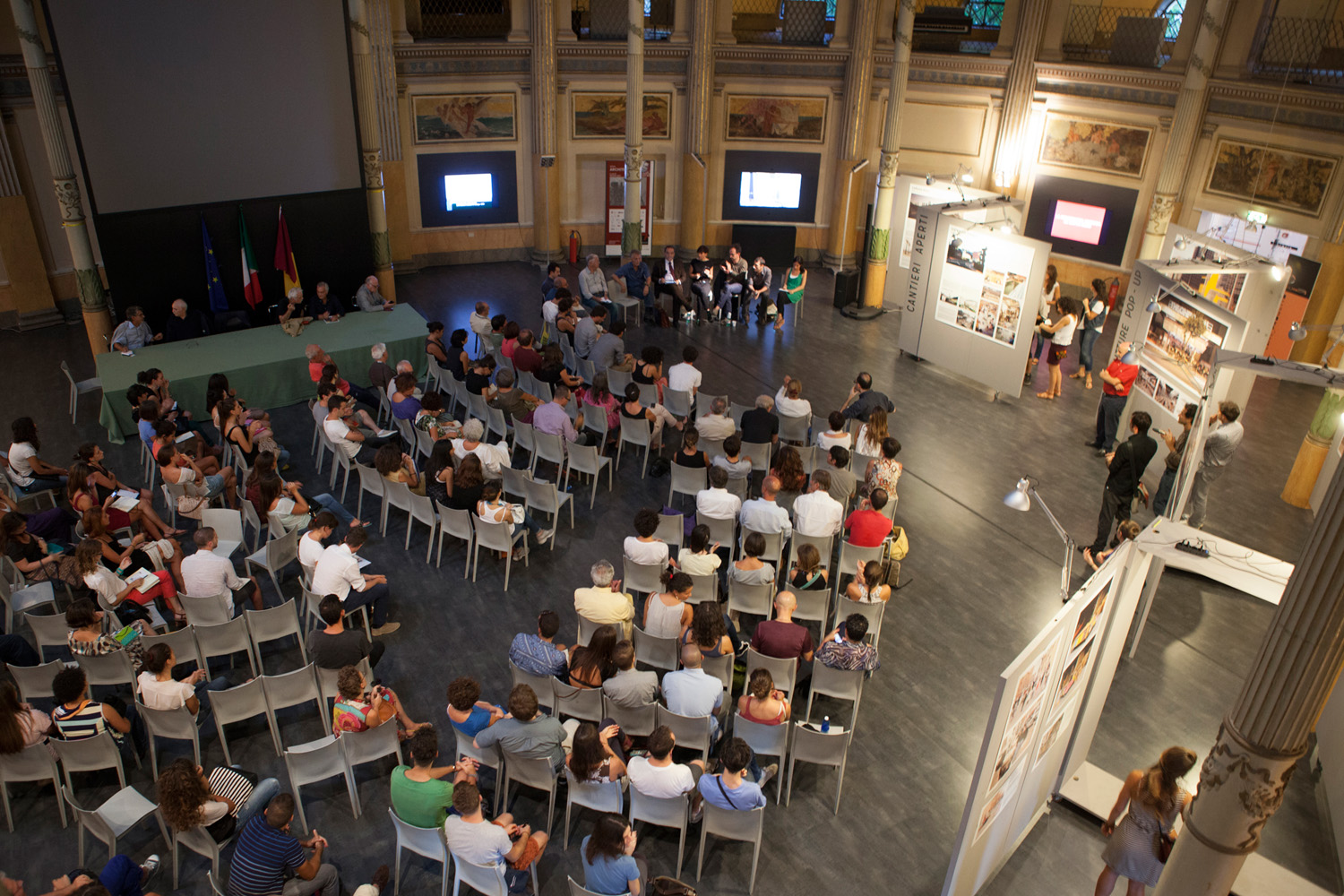 The space of contemporary city is affected and shaped by shortening transformation cycles. The permanence time of activities in a specific district is decreasing, functions of internal spaces and destination of buildings change faster and faster. As faster and faster are flows and movement of the people that live there, their habits, their needs. In short, the city and its architecture are not anymore as stable and permanent as they have been for ages, but they seem to be more and more marked by transiency.

This tendency, that concerns in the first place built, internal and private space, must affect the empty or un-built space of the city as well. The projects presented here are, in a way or another, “temporary”. With that, we are not declaring an absolute superiority of temporary interventions over permanent ones, neither proposing transiency as a universal solution for the many problems of urban design. We rather intend to draw attention to a large number of interventions, objects and situations that precisely due to this characteristic have difficulty in gaining legitimation in the architectural design field.

The proposed works have undeniable debts with the 70s’ architectural avant-garde movements and are reminiscent of Hakim Bey’s TAZ; they have their roots in the ancient traditions of nomadic cultures and in the legendary Native Americans pow-wows, as well as in their contemporary interpretations: music festivals and gatherings of all kinds. They are mobile, unstable, provisional, dynamic. Strange vehicles that open-up uncovering instant squares, temporary structures that get reorganized according to specific needs, peculiar buildings that can be assembled and disassembled in few hours using scaffoldings, waste material, urban ready-mades. Some of these works arise on the same site where others just disappeared, giving birth to chains and creating a public space in progress, evolving, always uncompleted. They are, literally, «provisional constructions», built to supply a specific need and intended to be dismantled and replaced by something else. At the same time, however, they are «provident constructions», able to see beyond their temporary utility and to imagine the place they occupy after their own disappearance.

The corpus of the projects in display, far beyond the possibility of exhausting the subject, must not be considered as a closed set of works, but rather a sign pointing to a direction, the suggestion of a path to be followed. The exhibition design is based on one of the many possible classifications – not the only one, probably not the best one – by which one can sort the selected works. The adopted taxonomy takes as starting point the physical features of the interventions, grouping them by the relationship that they develop with their temporary context.

Portable spaces shows some mobile objects completely autonomous in regard of the site; they produce a specific situation regardless of the place in which they come to be.

Pop-up structures shows works that, even if similar to the latters, give birth to a truly enclosed architectural space, conceived to host specific activities.

Open building sites shows some remarkable examples of long term processes during which different structures succeed to one another on the same site, giving place to a continuously changing situation.