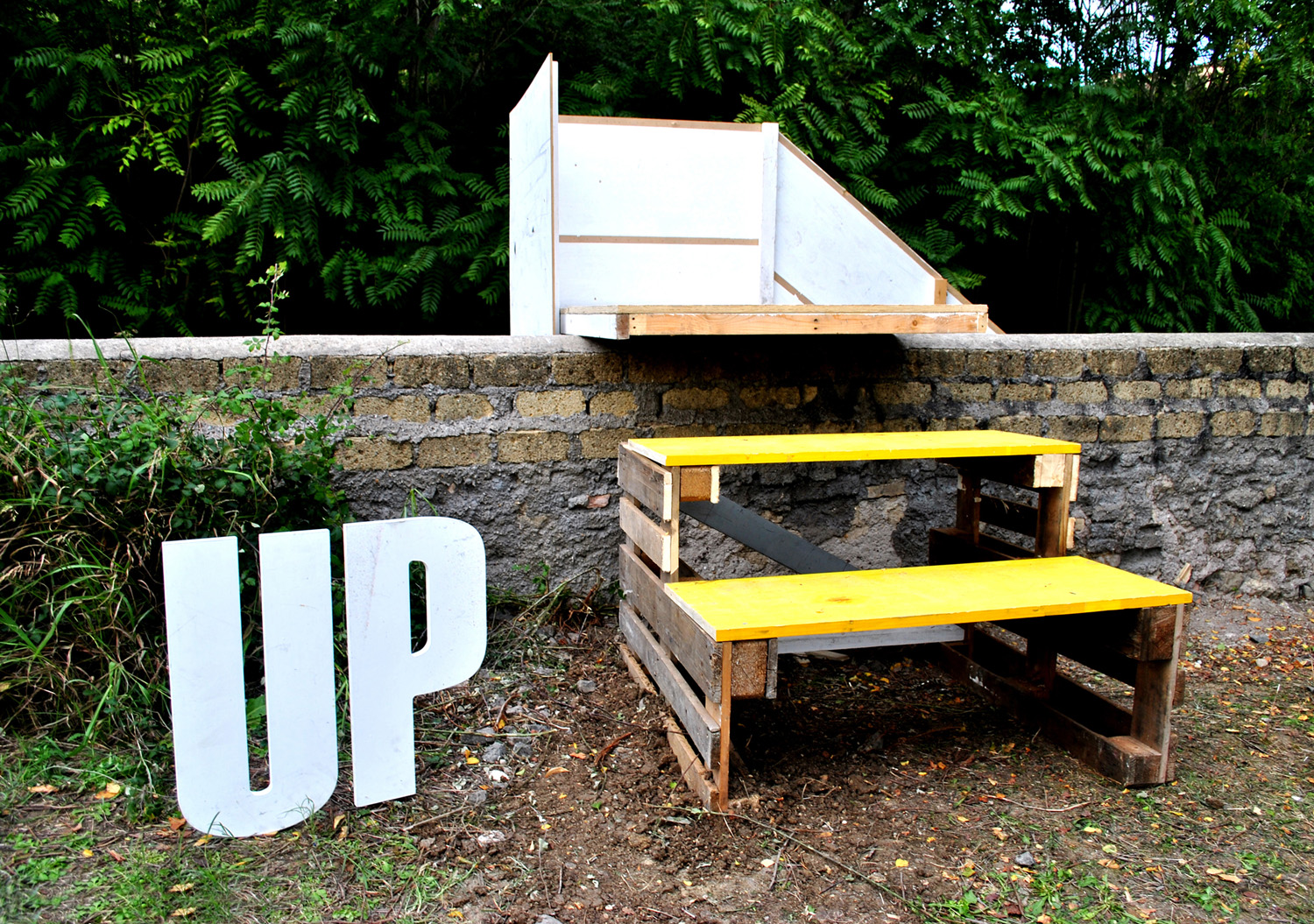 The site of the intervention lies in the neighbourhood of Valle Aurelia in Rome, specifically the hamlet and the garden GIARDINO DEL MARESCIALLO, which are settled along the via di Valle Aurelia path. The place has a particular history, characterized from the beginning of the twentieth century by the presence of several kilns, whose activities in the production of building materials favoured the development of this spontaneous small village. In the mid 70′s the hamlet (Borghetto) was almost completely demolished and the inhabitants were moved to the nearby towers, built within the “local plan” of social policy (PdZ) Valle Aurelia.

The demolition of most of the old buildings has left an urban void, a green area which today lies in a zone between abandonment and semi-private use (one of the people whose house has not been demolished manages the garden today). These changes have weakened the existing social cohesion and erased the identity of the hamlet. One of the project’s intent was to stimulate and promote, through a modality of working and shared experiences, the relational exchange between the locals inhabitants and the workshop participants.

After working around the theme of the obstacle (material and immaterial), which inhibits this relationship network, we decided ourselves to create a new temporary entrance to the Giardino del Maresciallo.

UP is a staircase made entirely with recycled material, mostly expositive panels (wood and mdf), located along via di Valle Aurelia where the sidewalk, bordered by a high brick wall, is interrupted. In the place where this fracture is usually perceived as a discontinuity, UP solves the difference in height of about three meters and invites one to go beyond, to look over the wall.

In the garden a new equipment, made of seats, games and visual signals, together with the preparation of a temporary photographic exhibition, characterize the renewed space available to the community.