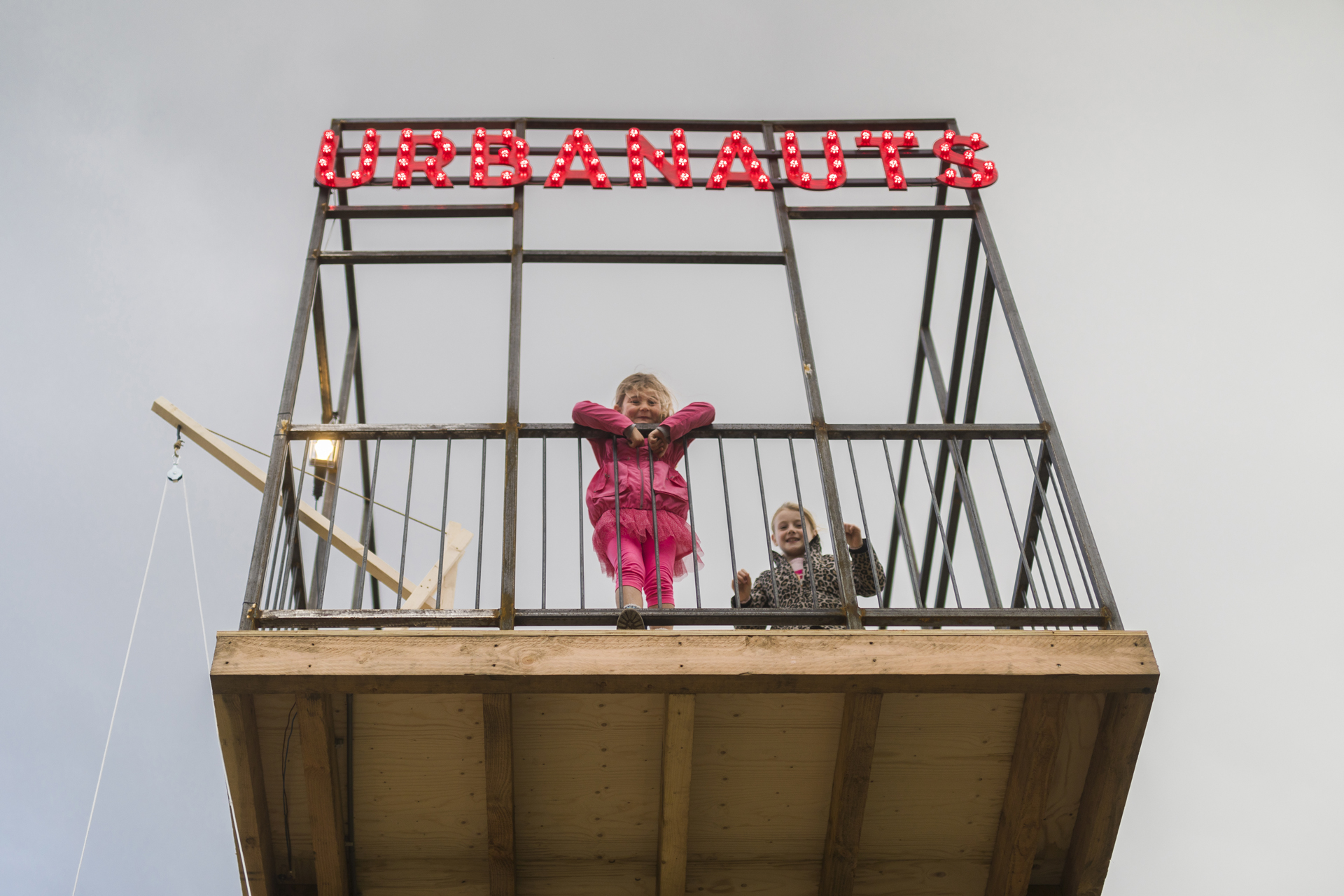 Urbanauts’ Units is a project developed within RAUM – Makers in residence programme 2017.
RAUM is a workshop in Utrecht with a placemaking vision created by State of flux. State of flux has been commissioned in 2016 by Utrecht Municipality to create a cross-disciplinary space at Berlijnplein. This square is exactly on the border between existing and new city, in the new Leidsche Rijn Center: the largest vinex location in the Netherlands. The goal of this creative placemaking is to imagine the city of the future and make people feel this future.
Berlijnplein is today an interesting threshold space:  it’s an “in between” area temporary suspended, able to create expectations of what will come and ready to receive innovative impulses.
These features characterize Berlijnplein and its big potential lies in the fact that this area is set between the central historical district and the development of the new neighbourhood Leidsche Rijn. The strategy that we decided to follow is to find and bring out an imaginary story that can create together with the community a strong  identity to this new part of the city.

The project principle is to make people feel the area of Berlijnplein like an unknown land to discover. Pioneers, become “urbanauts”, contemporary adventurers that sail in the large public space, re-defining urban circulation under a different perspective and meaning; urban mobility as a recreational form of experience.

The boat has been for our civilization, from prehistoric time until the present, the great instrument for development, in a material and immaterial sense. It has been the central tool of our economy and simultaneously, as described by philosopher Michael Foucault, “the greatest reserve of the imagination” [M. Foucault, Of Outer Spaces, 1967]. In fact the ship has been the main vehicle for exploration of unknown and far lands, a useful mode of transportation and thanks also to many authors and painters, it represents in the mass culture the ideal space for adventure.
During the centuries we’ve recorded a large variety of boats, normally used for water mobility. The research brought us to an ancient vehicle, a traditional sailboat’s spin-off, with an original and imaginative appearance: the land sail or sail wagon. The sight of this wind-powered device, created in China around 610 AD, stimulated people surprise and wonder. Usually used as a mode of transportation, under Prince Maurice d’Orange it became a recreational device to entertain guests, making it more similar to a carnivalesque cart or a fantastic scenography.

The “urbanauts’ headquarter” consists in  a modular wooden fixed structure, a urban façade which  suggest the existence of a parallel space, a playground dedicated to leisure and encounter. The ground floor is shaped to host the boats and it could work as a laboratory to build or repair it. On the elevated platforms and the small tower, it’s possible to observe the surrounding area from an unusual point of view. The tower works also as a landmark, thanks to the iron cage on top, which holds a red LED sign.  The “urbanauts’ headquarter” works in units, urban parcels that can be expanded and personalized.
The boats represent fragments of this dreamlike dimension and  are “errand interaction devices” that inhabit Berlijnplein and stimulate unexpected conviviality, promoting collective amusement.

During our residency in October 2017 we built two boats prototypes:

“Bora” is a wheeled boat made out of various materials like iron, timber, mesh, aluminum tubes, ropes and steel cables. It’s a mobile device whose uses are to play with urban discovery and interact with public space. The boat final design is the result of the customization of a family bike provided by local collective HUT.

“Sciampagna” is a sailing boat table made of timber with a 2,40 m high aluminum mast, designed to promote meeting and conviviality. It’s placed at the ground floor of the “urbanauts’ headquarter” being at the same time an original furniture and a playful setting. The mast stands with steel cables and ropes that connect it to the tabletop.