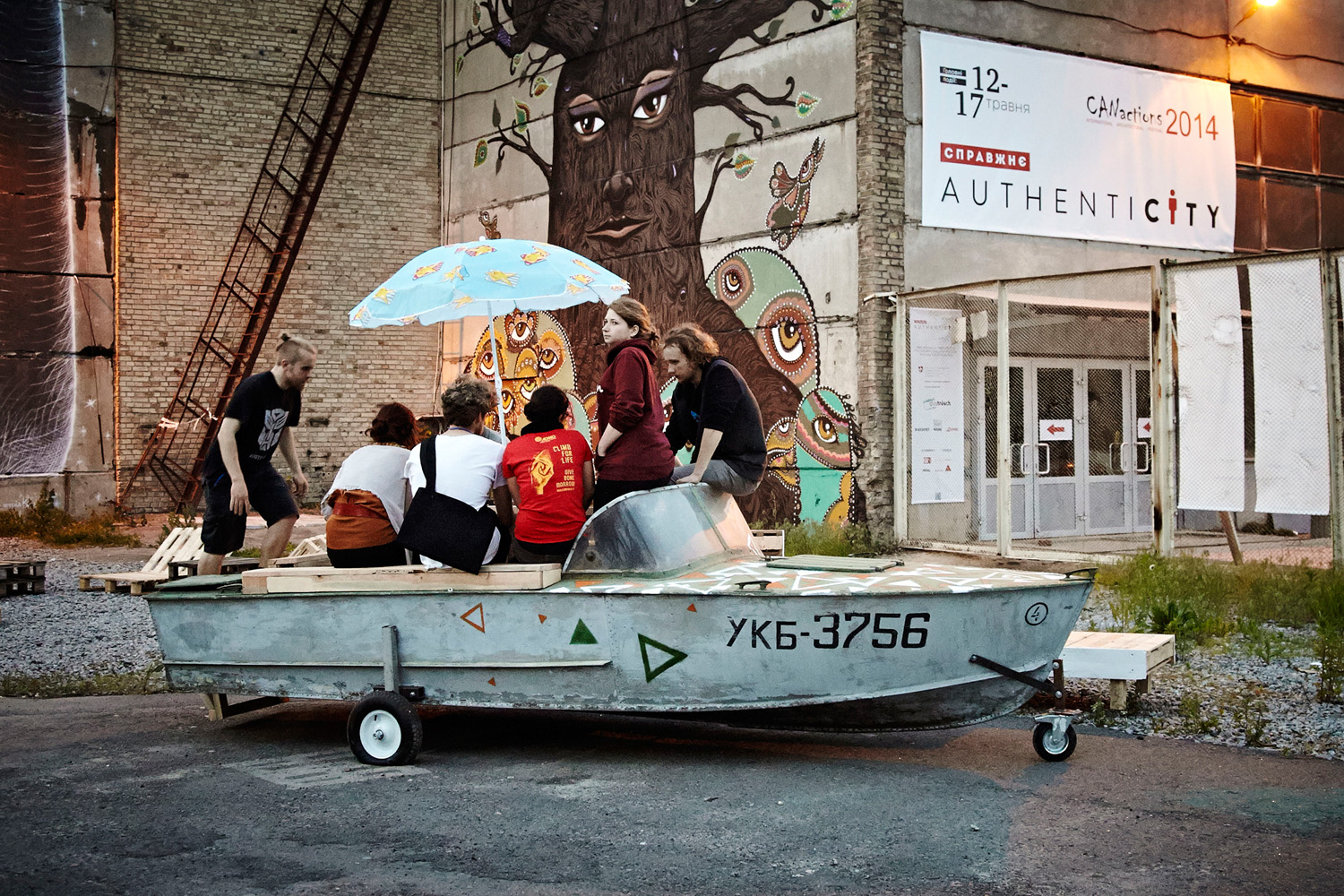 The installation “ПРОГРЕСС” (Progress) was build during an international workshop hosted by CANactions Festival 2014 in Kyïv. The site of the workshop was a former industrial area called “Telichka”, not far from the center of Kyïv and adjoined by the Dnepr river. The aim of the workshop was to produce new imaginaries of the area, prefiguring possible scenarios for future development.

The main idea for the installation came working on the concept of heterotopia as described in the famous text by philosopher Michel Foucault:

«Brothels and colonies are two extreme types of heterotopia, and if we think, after all, that the boat is a floating piece of space, a place without a place, that exists by itself, that is closed in on itself and at the same time is given over to the infinity of the sea and that, from port to port, from tack to tack, from brothel to brothel, it goes as far as the colonies in search of the most precious treasures they conceal in their gardens, you will understand why the boat has not only been for our civilization, from the sixteenth century until the present, the great instrument of economic development, but has been simultaneously the greatest reserve of the imagination. The ship is the heterotopia par excellence. In civilizations without boats, dreams dry up, espionage takes the place of adventure, and the police take the place of pirates.»

In a storage of abandoned boats just by the festival site we found a surviving example of the mythical “Progress” boat (Wikipedia page), manufactured with cutting-edge aerospace technology during the soviet era to serve as water vehicle for everyone. With very simple add-ons we transformed the steel shed in a public space device that could wander around the industrial to literally revitalize it. At the same time the installation worked as a living symbol of how to utilize existing resources from the past to give shape to the future. Thanks to all the participants and to “Archnamet” Collective for their help!