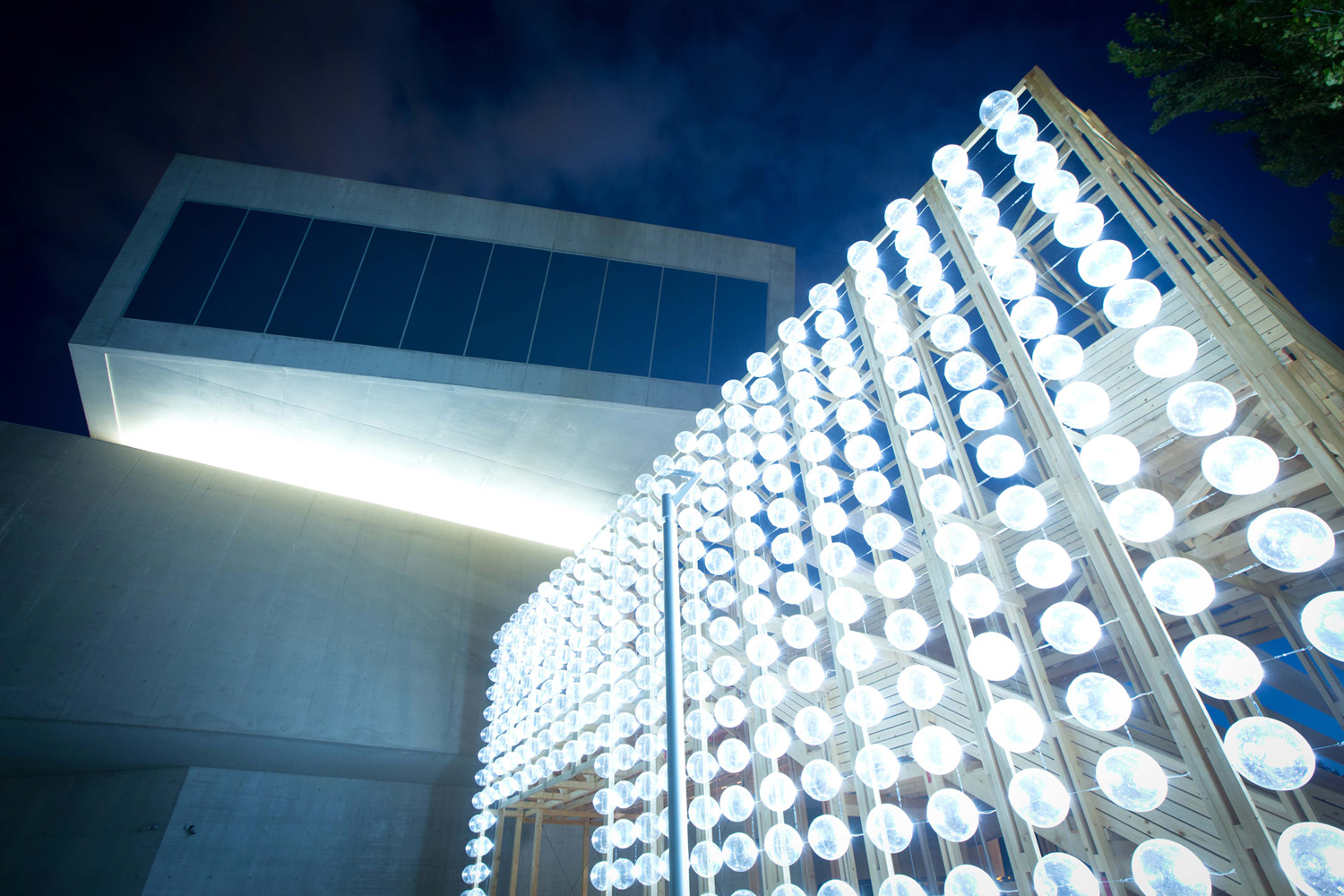 8½ is the winning design of YAP MAXXI 2014, program in support of the young architecture organized by MAXXI with MoMA/MoMA PS1 (NYC), Constructo (Santiago de Chile), Istanbul Modern (Turkey) and MMCA National Museum of Modern and Contemporary Art of Seul (Korea).

8 1⁄2 is a mobile theatre, a machine to experience public space. It investigates the dual nature of public space, as the place of intimacy and elective relationships and in the meantime the preferential territory of event and spectacle. The installation intends to be a reflection about the transition that changes public space from being the background of private encounters and individual moments to being the scene of public events and collective representations.

8 ½ was built in 4 weeks, the construction site became for 2 weeks  a workshop open to students from all over Italy. The participant worked on the wooden structures of the arena and on the upcycle process of plastic beer kegs into lampshades for the wall.

8 1⁄2 consists of two complementary elements: the wall and the arena

8 1⁄2 is an installation specifically designed for piazza Boetti, but it can be easily dismantled, re-assembled and rearranged in new configurations, cleverly adapting to the new site. The structure doesn’t heavily affect the sites, reducing the cost of the first and the further re-installations.