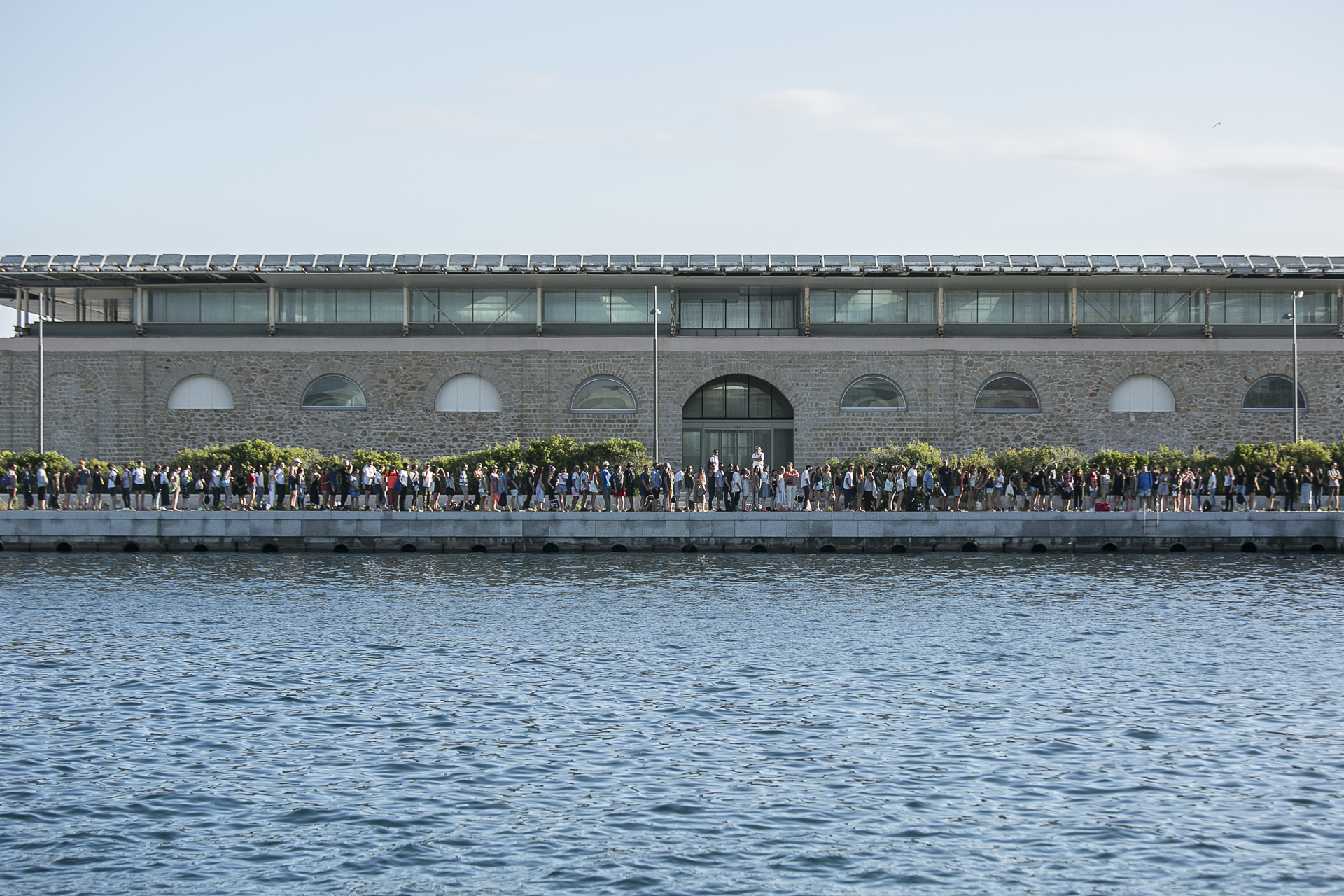 “Eterotopia La Maddalena was a nine-days event that has been held from the 22nd to the 30th September 2018 in the Sardinian archipelago of La Maddalena.

Over these days, eight teams led by young militants in the field of architecture and related disciplines, developed projects whose purpose was to promote the territory in a widespread manner, by recognition of its various resources, and by seeking to overcome the challenges of seasonal and localised employment.

In trying to understand the prevailing conditions of this area through a multidisciplinary approach, we adopted the role of modern explorers.

The aim was to interpret the variety of resources of this territory by setting up a common framework.” (more infos on http://www.eterotopia.net)

In this context we were asked to investigate the theme titled Human Impact, alluding to the anthropic load that seasonally affects the archipelago. The task was to design a floating totem and to lead a workshop with 10 participants.

Our design for the totem propose an habitable structure which represents a physical demonstration of the anthropic load: a social seat, covered with net, where the right balance (in terms of presences and loads) is needed to feel comfortable and chill.

The aim was to gather people and let them self-organize in order to enjoy their time together.

The net is an element deeply linked to the culture of the island, from fishermen’s traditional tools to the recent standardised nautical tourism, and was here reinterpreted and used as an hospitality device.

The signal tower looks like a buoy: it aids the navigation and indicate special areas, borders, alternative routes and underwater presences.

It’s a dynamic tool: the top resembles an anemometer, as it reacts to the context’s conditions.

Finally, Waldo (the name refers to the famous children’s book Where’s Waldo?) represents the one you can always recognize among the crowd and has been the starting point of our research: “where’s Waldo?”

The workshop was led together with the sardinian artist collective Cherimus and has been carried out through the participation of 10 persons (students and professionals) coming from all over Europe.

From the Tour to a Détour

We all hate tourists, we all are tourists. We started from this assumption to reflect about Human Impact, trying to find new ways to interact with the territory. The map is not a guide anymore, it’s something to be used to involve strangers and locals in a discourse about the place where they live, temporary or permanently. It’s an interactive, subjective and transformable tool.

Who’s the Alien, who’s the community?

Who are we? Are we tourist? And what about Maddalena community? Our work has been conducted through participatory actions to trigger the imagination of people who live the island after the “great load”, to rethink the territory in an imaginative way. The dual perspective we apply to the figure of the tourist led to the provocative idea of an aliens’ community.

In the first two days we’ve wandered around the island, interacting with places and people. We found an abandoned signal repeater, a sort of big empty billboard facing the sea, which has become our medium to talk, intrigue and reawaken the island.

After the exploration, we summarized all the impressions collected together with our previous researches on the archipelago: what came out was a social board game (called Mappalena) and an illustration in the form of a fantastic vision.

The last day all the works produced during Eterotopia sessions were exhibited and presented at the town hall; meanwhile we reproduced on the pavement of the main square our Mappalena, starting to involve citizens and tourists to join this role game, sharing and leaving a trace of this aliens’ invasion.

Workshop in collaboration with