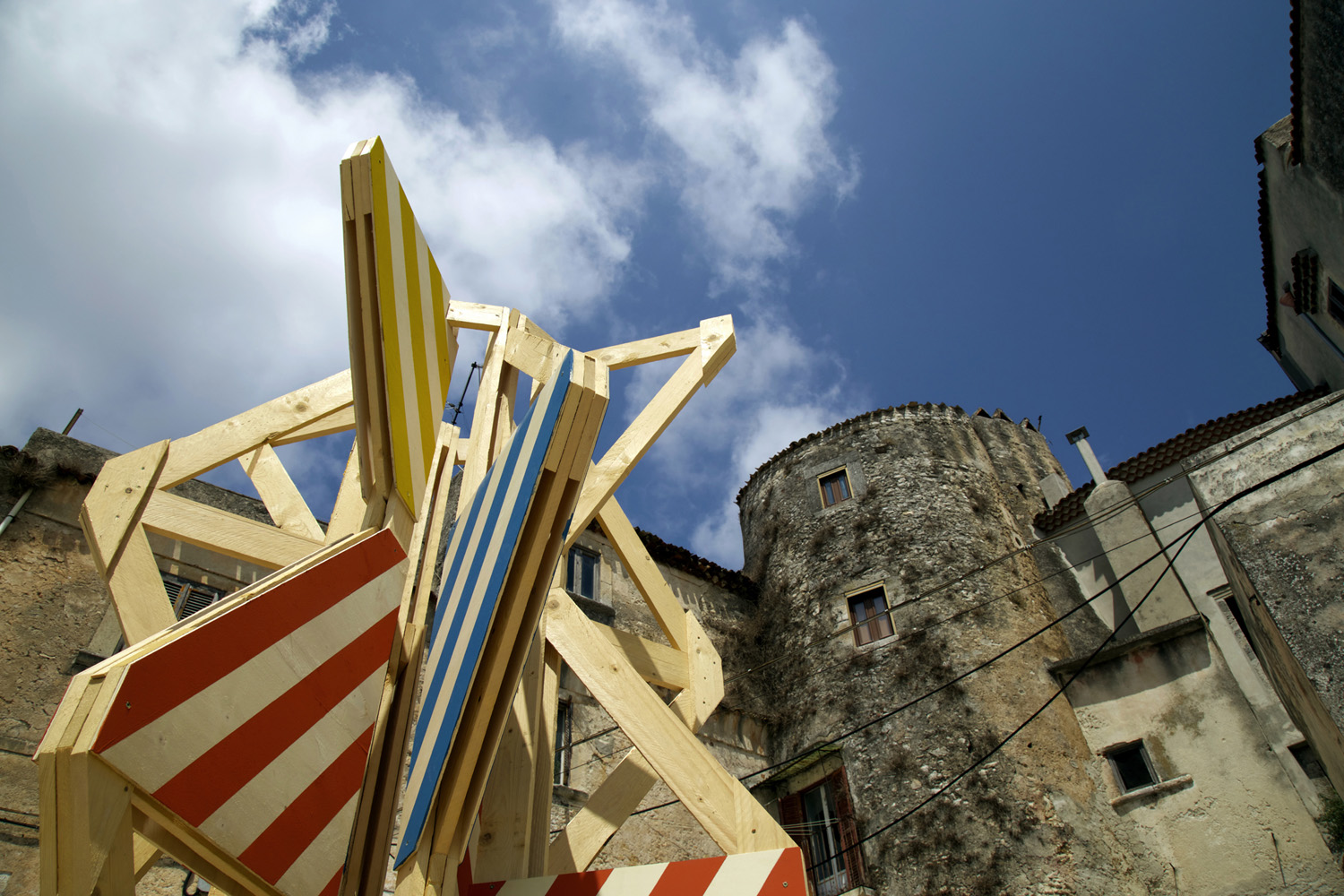 Mukanda is urban reactivation festival in Vico del Gargano in Puglia (IT). Music, DIY architecture and urban art were the guidelines to regenerate the semi – abandoned historic village.

We decided along with the curators from Altrove festival to summarise this idea into a symbolic object / monumental: a totem.

Mudyi born as an outpost of reactivation into a broader strategy for Vico del Gargano. It refers to the sacred tree under which the Mukanda ceremony takes place in Africa. Mukanda is the ceremony that marks the passage from adolescence to adulthood.

Both translating the features of the italian historical piazza and crossing it with with content and evocative rituals of the festival, we realized a symbolic object as meeting point for the inhabitants. A monument to the community and for the community, for their uses and their needs.

The building workshop was attended by both people of Vico del Gargano both architecture students from other parts of Italy. It has become the first step of a longer process, a conscious transformation of the shared common areas of Vico del Gargano.