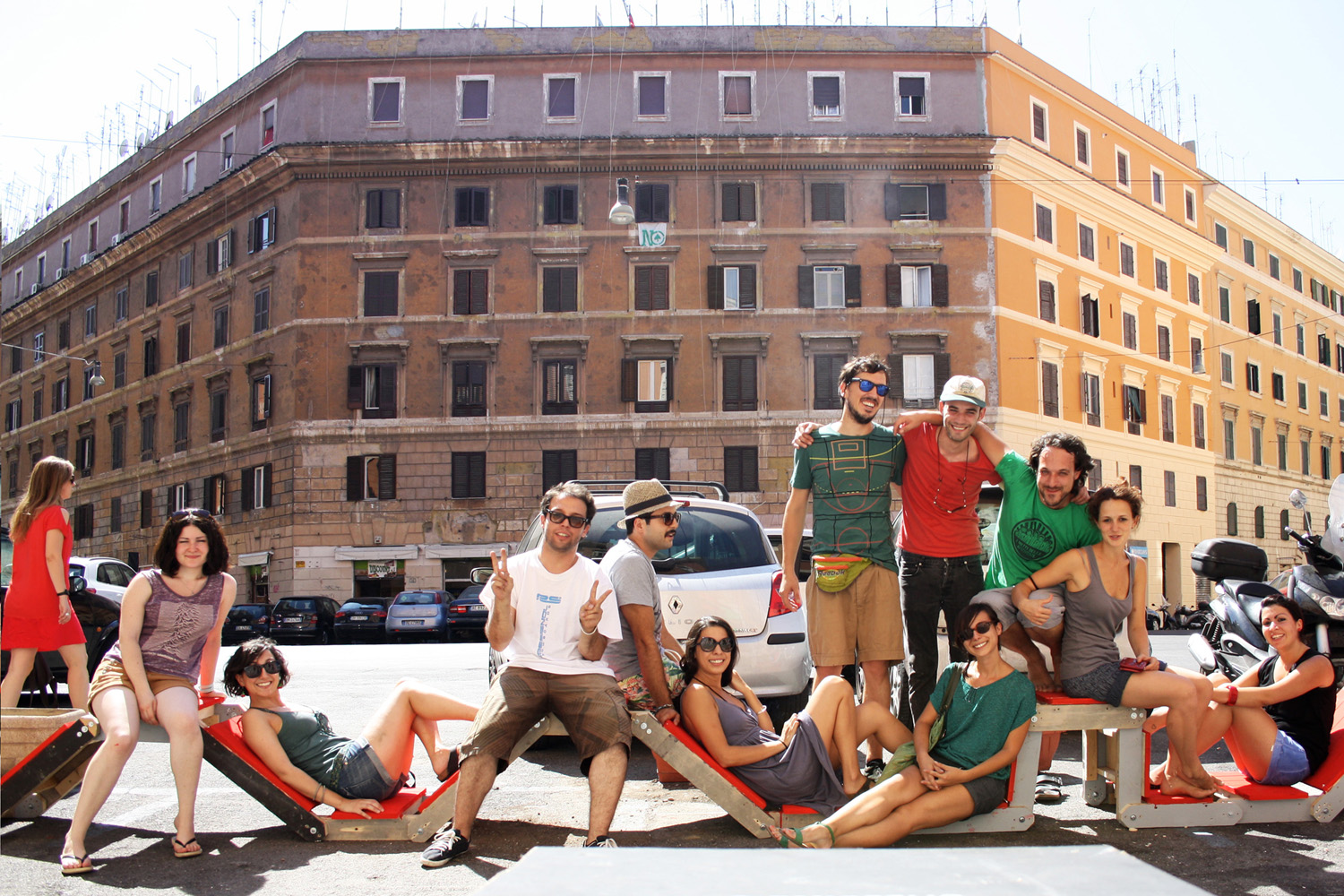 The red carpet, pivotal element of the movie iconography, has always been a symbol of success, exclusivity, an object out of the world of the great majority of people.

Orizzontale wanted to start from this object to relate to the new occupation practices as that one happening at the Nuovo Cinema Palazzo in Rome.

The Red Carpet project shows again the chance to tranform discarted materials into a relational design project, also this time the material comes from the city scrap and from Nuovo Cinema Palazzo’s unused materials.

Red Carpet is a modular structure that colonizes the outside space in front of the Nuovo Cinema Palazzo.The system is designed to change its shape according to the function and depending on the space where it is used. With red carpet the Cinema will find a new way to communicate with the external space, a connecting point for the people of the neighborhood.

The structure was realized during a construction workshop (4-7 July 2012) into the contex of “Cantiere Palazzo Costuire il Possibile” festival in Piazza dei Sanniti, Rome.