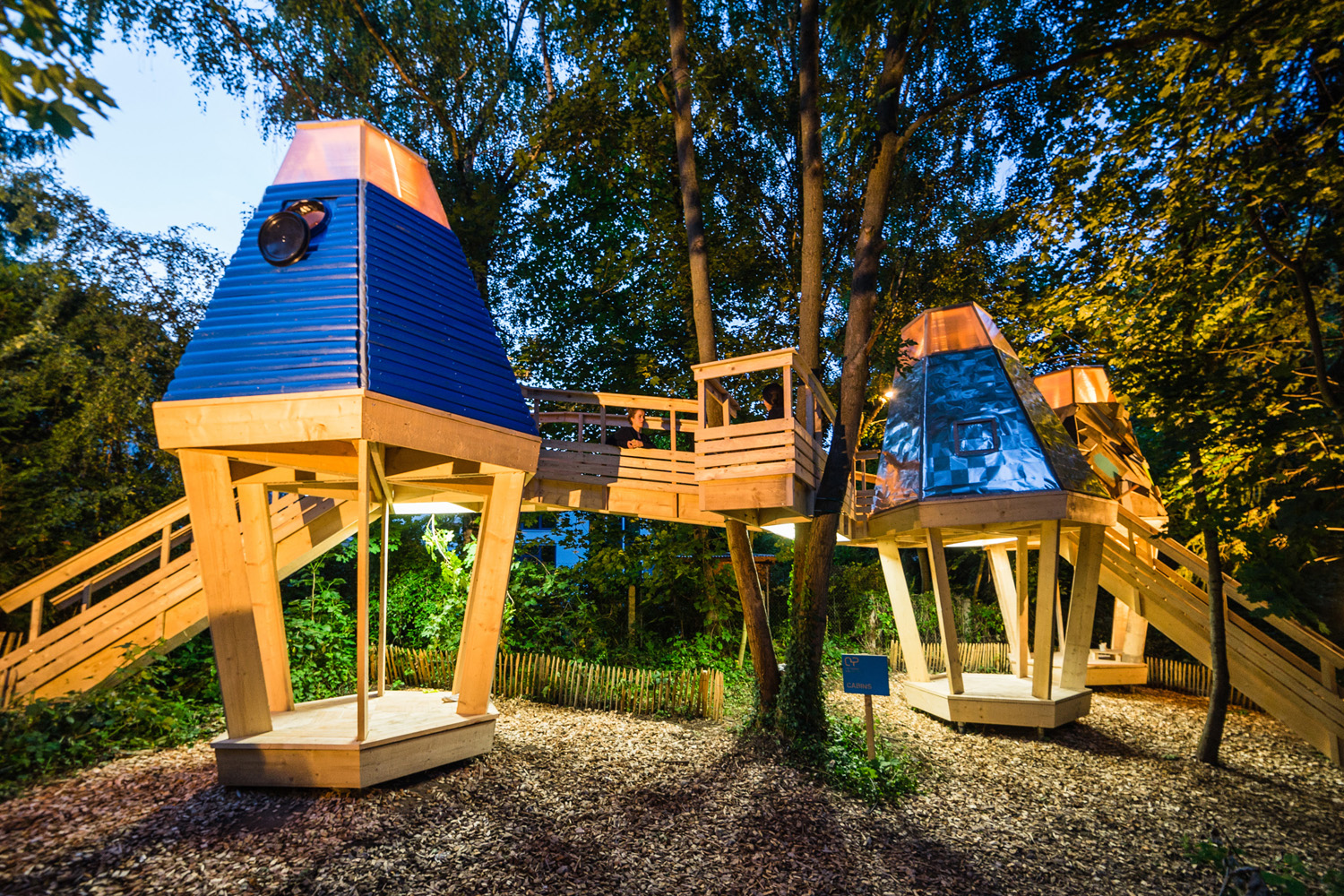 Three sleeping cabins to host artists-in-residence or just simple guests who want to experience the new Osthang setting. 15 international students built them with us during the “Building together Summer School – Architektursommer Rhein-Main”.

The Osthang Project took place on the underused plot of the Osthang, located amid the historically significant ensemble of the former artist colony Mathildenhöhe. As Summer School and festival it brought together knowledge and experience from architecture, social and political science, economy, activism and art, as well as experimental building and experimental forms of living from around the world.

This question opens a realm of discussion and exploration that is a central theme of the Osthang Project: What does community mean today? What spaces does the community need? What forms and spaces of communal living can be imagined for the future? How will we build for the community or how do we build communally?

60 students and people interested were invited to participate at an experimental building workshop from July 7 to July 27, 2014 in Darmstadt. During three weeks it was developed a temporary campus for the Osthang Project along with international artists and architects. The structures built subsequently has become a platform for further Osthang Project events and is available as a public space and a venue for projects and initiatives in Darmstadt and the surrounding region.

The focus was on COLLECTIVE BUILDING as an experiment. Building becomes an active process that reacts directly to the location at hand; the unforeseen represents not a nuisance, but rather: potential. Thus, a situation is created that allows designs to improve during the process of their implementation. Consequently, atop Darmstadt’s world-renowned Mathildenhöhe we were be pushing the limits of design while simultaneously creating a new public space.

Artists in the Mathildenhöhe used to leave their home empty during the day and to return there exclusively to rest. The workshop was the place where the creative work was done, where the production of prototypes and project preparation happened.

We think the cabins should play a different role in the Osthang project: how can they engage citizens? Let’s imagine the cabins as multifunctional devices, which allow unexpected use and promote sociability among artists and spontaneous visitors and offering citizens a chance to become an artist-in-residence for a short period.

The cladding of each cabin was built after testing several different materials recycled from the city of Darmstadt. The final choices ended up on plastic gas pipes, a hospital aluminium layer and the wooden scraps of the all other workshops.