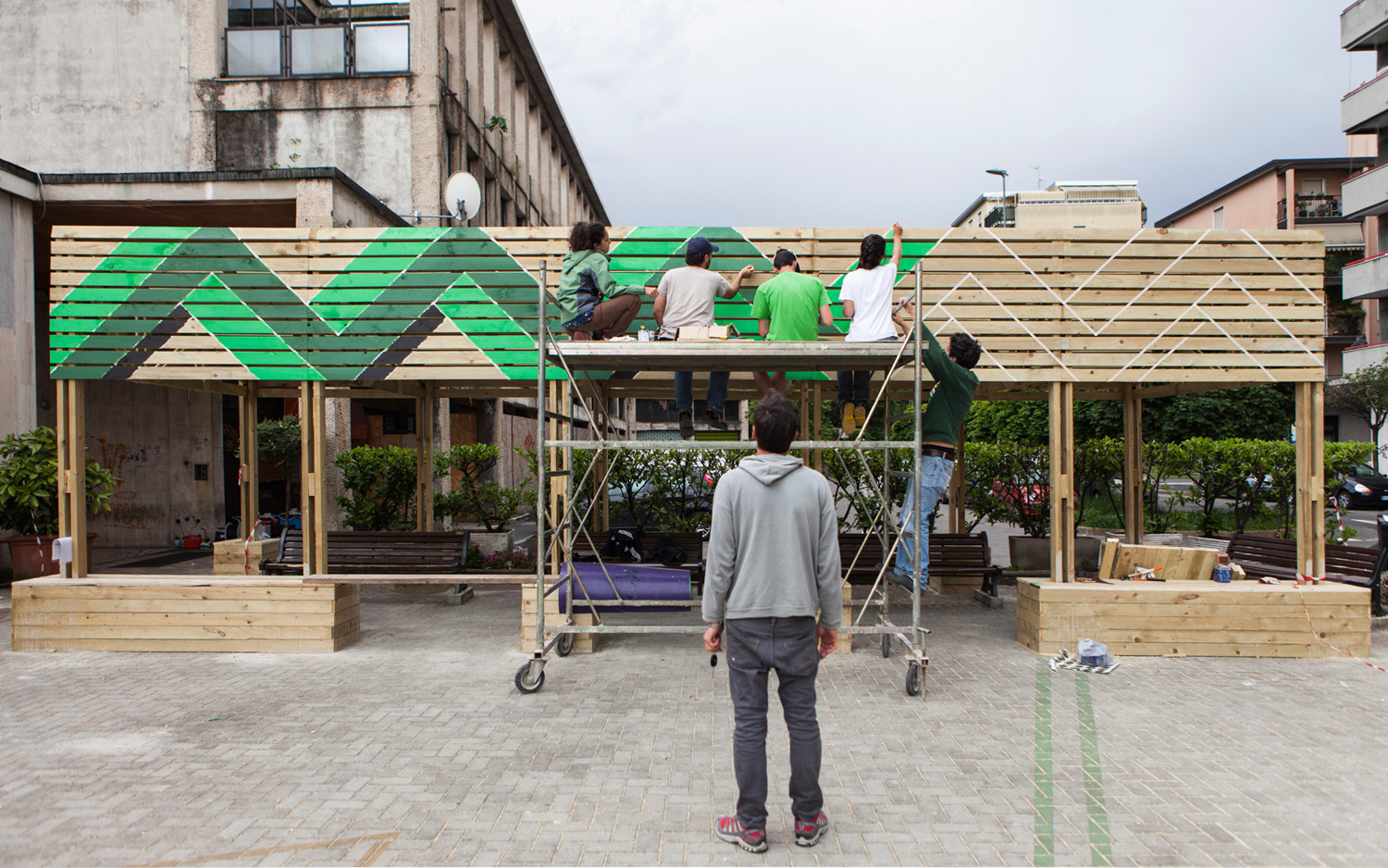 ZAC is a creative project developed by HubOut. It has involved Cinisello Balsamo inhabitants, local associations and regular visitors of the town in the north of Milan. Citizens were invited to actively participate in all the project stages, in order to collect as many ideas and visions on the city.

Ideas and desires were added on a geo-demography online map and four artist/architect were asked to pick one idea to develop during an art residency.

We set on Largo Milano, in Crocetta district, where the citizens request of a qualitative public space emerged on the online map. The area was a former car dealership parking lot and it is now independently managed by the neighbourhood association. Many people live the square every day, the neighbourhood associations would like to use it in a more continuous and effective way. During two weeks of co-design we experienced the square together with its inhabitants, listening to their memories and wishes After the residency we designed the square setting, following the program defined with the associations.

The project “Building Largo Milano” was voted as the best proposal and we set the collective building workshop for May 2014. Our aim was to transform it in an open laboratory in which the citizens’ community could meet, play, organise activities and classes open to everyone.

COSTRUIRE LARGO MILANO is the final phase of the project ZAC (zoneartistichecondivise.it) curated by Hubout in Cinisello Balsamo. During a one year process, we turned Largo Milano into a construction site; the former parking lot of a car dealership, now self managed by the neighborhood association, has turned into an open lab. We realized some structures on the square, thanks to a construction workshop that involved both the inhabitants of Cinisello Balsamo both students of architecture from all over Italy.

The new set of the square will configure the space for the next 3 years. In 2017 the PGT (Piano Gestione Territorio), will get into an operative phase and it will totally changed the district of Crocetta in Cinisello Balsamo.

A vacant space has been transformed into an open laboratory for the community. Before the construction, a good quantity of recycled material was collected from other construction sites, companies and from the scraps of big events, such as Salone del Mobile.